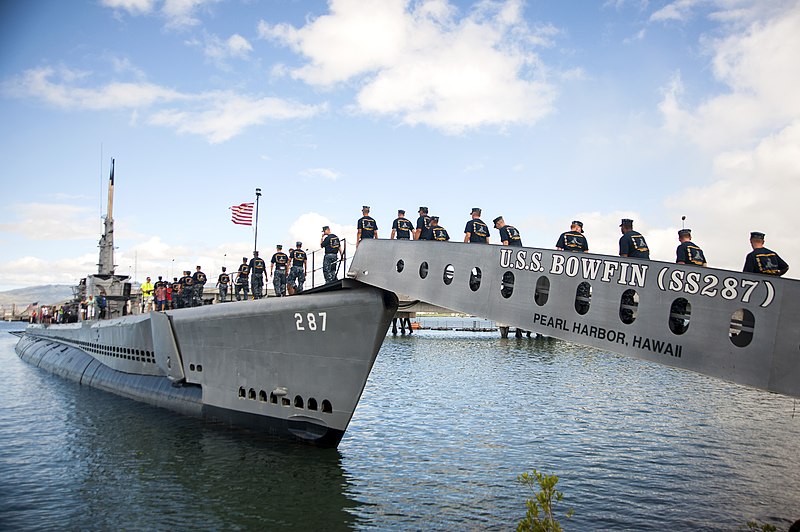 The USS Missouri is an Iowa class battleship launched in January of 1944. After serving through World War 2, the Korean War, and Persian Gulf, the Missouri was turned to a museum ship in 1999. The USS Missouri is one of the top destinations in Hawaii. Anchored right next to the USS Arizona Memorial, the USS Missouri battleship tour is something visitors won’t forget. Visitors can spend a day viewing pieces of history linked to both the beginning and the end of World War 2.

The USS Missouri's most notorious claim to fame is its part in World War 2. Visitors can see the exact location where the formal surrender of Japanese forces took place, effectively ending the World War 2 conflict. Guests are encouraged to take a guided tour with a volunteer, tours last approximately 30 to 40 minutes and will pass right through the location of the surrender. If you can’t make it to the actual Missouri, we highly recommend checking out their virtual tour. The virtual tour gives a great idea of the massive size and complexity of this great and famous warship.