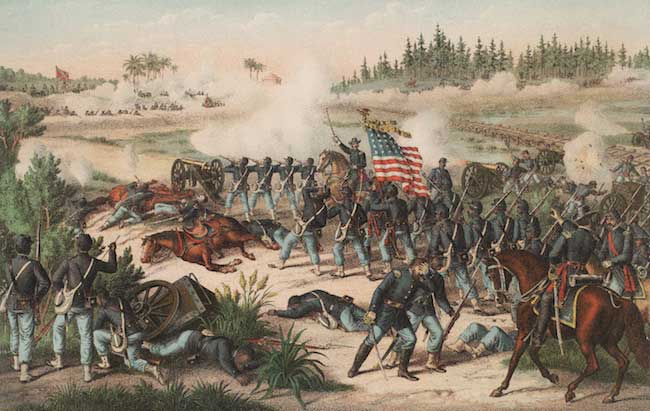 Olustee Battlefield Historic State Park
5815 Battlefield Trail Road, Sanderson, FL 32087, USA
Preston Aviation Tailwheel Flight School
Preston Aviation Tailwheel Flight School
2073 US-92, Winter Haven, FL 33881, USA
Preston Aviation Tailwheel Flight School located in Winter Haven, Florida, has been specializing in tailwheel training in the Stearman and Piper J3 Cub for over 24 years. They offer Tailwheel Endorsements, Biennial Flight Reviews, Tailwheel Transitions, Spin Training, High Performance Endorsements, Recurrent training, or just some fun flying to enter into your log book. Training for the endorsement averages 5 hours, depending on you! Your instructor/pilot, Tim Preston, has over 15,600 hours and has trained thousands of pilots worldwide. Stearman Biplane Flights. Experience Flight! You TOO can Fly a Stearman! Take the controls and see how gentle they fly. Fly over a special place of interest . Mild to Wild...Flights are catered to you! It's great FUN! Be sure to like them on Facebook, check out their website, and make as always make sure to check with the organization on their most up to date hours before traveling.
Spanish Military Hospital Museum
Spanish Military Hospital Museum
3 Aviles St, St. Augustine, FL 32084, USA
SS American Victory

The American Victory Ship & Museum in Tampa Florida has been taking care of her since 1999. As one of only 3 surviving Victory Ships, the SS American Victory is an amazing sight to see. According to the museum’s website visitors “experience an unforgettable voyage of discovery and relive history by visiting cavernous three level cargo holds, radio and gyro rooms, hospital, galley, weaponry, steering stations, flying bridge, signaling equipment, wheelhouse, mess halls, engine room, crew cabins, lifeboats and cargo equipment, then gaze upon photographs, uniforms, medals, documents and naval equipment.”

Aboard ship visitors will see original equipment such as her 3 in bow mounted deck gun, 5 inch stern gun and another 3 inch gun. The most amazing thing about this ship is her operational status. The SS American Victory has been a fully operational ship since 2003. Typically, the museum will go on two “Relive History Cruises” a year. There are only a few operating World War 2 ships in the world that visitors can actually ride on. If traveling from afar it is definitely worth scheduling your visit to make one of these rides. The museum keeps a very active social media following and definitely makes for a good follow. As usual, before traveling long distances we recommend checking the museums website for up to date hours. The Zephyrhills Museum of Military History is an excellent place to explore the illustrious history of the armed services. Here, one has the opportunity to gain a greater understanding of the individuals and sacrifices of those who served - from veterans' anecdotes to in-depth scholarly articles about military operations over time. With fully interactive exhibits and educational activities for the whole family, this museum is truly a great way to honor their service and commemorate the past. Visitors will be able to learn more about our troops' triumphs, defeats, and experiences with displays that are as informative as they are absorbing. From artifacts from various wars such as World War Two, all the way through current conflicts in Iraq and Afghanistan - this collection captures so many moments in a unique way. As a tribute to all members of the armed forces, this museum seeks to preserve an important part of our nation's history.

Amazingly, the museum itself is a piece of history. Zephyrhills Museum of Military History sits on the former site of the Zephyrhills Army Airfield. Zephyrhills Army Airfield is a former U.S. Army airfield that was located in Pasco County in the U.S. state of Florida. It was initially established as a training facility for pilots of the 10th Fighter Squadron during World War II and remained active until 1944 when it was decommissioned by the United States military. Despite its past as a military facility, Zephyrhills Army Airfield has become an exciting place of discovery for families looking to explore the historic grounds together.