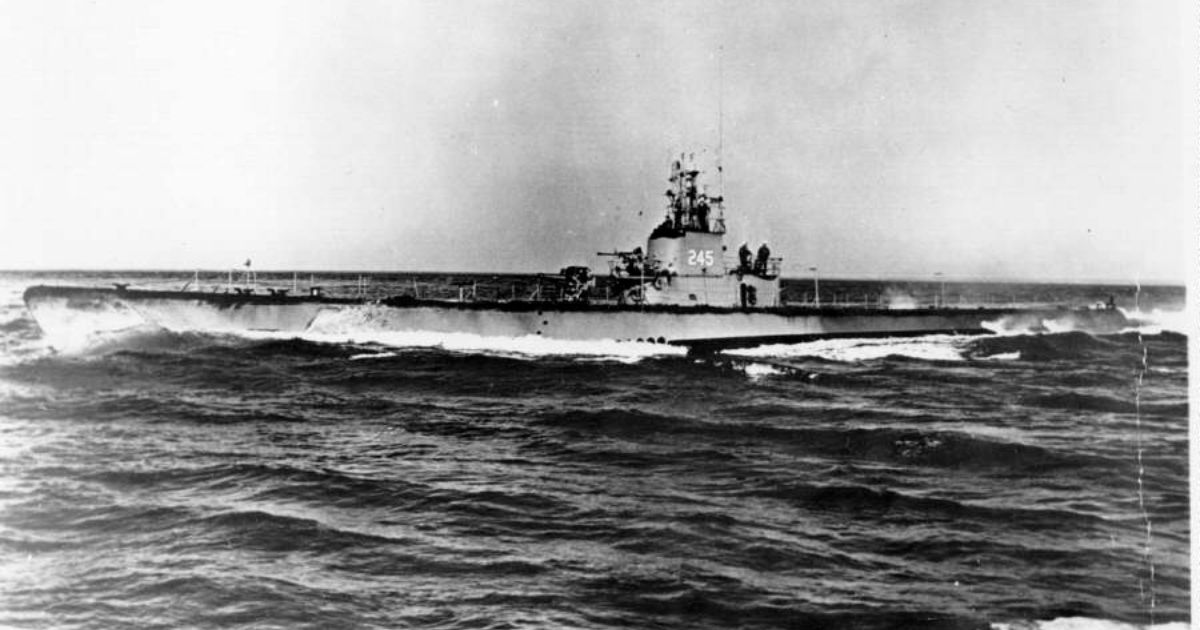 The USS Cobia was a Gato-class submarine whose keel was laid down on March 17, 1943, in Groton, Connecticut. After launching on November 28 of the same year, the wife of Naval Station Newport's Commander, Mrs. Cary Magruder, commissioned the ship on March 29, 1944. Lieutenant Commander Albert Becker assumed command. Little did he know that the day he signed his turnover letter that would be the first day of one of the most storied histories in the US submarine force.

After leaving Groton in May, the crew started its maiden voyage toward Pearl Harbor. Once through the Panama Canal, it took several more weeks to arrive in Hawaii. Once there, she immediately got underway within four days for her first patrol.

On the way to the patrol area off the Bonin Islands, an isolated island chain about 1000 miles northwest of Guam, she made her first kill. Encountering a small armed patrol vessel, she sunk her with her 20mm deck gun. Two days later, she swooped in her first large ship.

Sighting a coastal minelayer, Cobia moved into position to fire a salvo. However, a Japanese plane patrolling overhead saw her at periscope depth and initiated an attack. The damage from the attack put her fire control equipment out of calibration. When Cobia fired her own salvo shortly after, her torpedo went wide. The miss resulted in a hammering of depth charges from the targeted vessel.

Two weeks later, Cobia would have her most successful period of the entire war. Between July 13 and July 18, Cobia engaged three separate Japanese convoys. Each time she sunk an enemy freighter. Unknown to her at the time, the last one she sunk, the Nisshu Maru, was transporting an entire tank regiment to Iwo Jima. Most of the unit survived the sinking, but Cobia sent the entire regiment's worth of equipment to the bottom.

Two days after this sinking, Cobia engaged three small patrol vessels. Opting to use her deck gun again, she managed to sink all three but not before one of the craft made a ramming attack on her, which caused no damage. Her final kill of her first patrol came several weeks later when she sunk a 500-ton armed yacht.

Without a doubt Cobia’s first patrol was her most successful. In total, she sank eight ships totaling almost 23,000 tons during it. Her Captain would be awarded a Navy Cross for his leadership during this time. But her service would continue despite her instant fame.

Her second war patrol was off the coast of the Philippines. For nearly two months, Cobia stalked numerous targets only to be driven off at the last second by bombing attacks. Her third war patrol was equally uneventful until the last several weeks of it. Somewhere in the South China Sea, she sunk another coastal minelayer.

After just two weeks of rest and refitting in Australia, Cobia was underway again. Shortly after leaving Australia, she engaged two sea-going tugs with gunfire. However, this time Cobia would not be so fortunate. After quickly sinking the first tug, the second returned a murderous barrage of gunfire. The crew manning the 20mm deck gun was targeted, with one sailor, Ralph Huston Jr,  being mortally wounded and dying the next day. He would be the crew's only casualty during the war.

Undeterred by the loss, the crew of the Cobia spent the next two months patrolling primarily off the Indo-China coast. Here, they made one attempted attack on a convoy, but her torpedoes slipped under the hull of the target. Another submarine finished off those kills. The crew also happened upon the crew of a downed Liberator and rescued all seven surviving crew members.

Cobia had her usual two-week respite and was back out again. This time, she was prowling the Gulf of Siam. After spotting a minesweeper, she attacked but missed. The minesweeper came in for the counterattack and subjected Cobia to a severe depth charge attack. Fortunately, the ship caused only minor damage. The same could not be said for two tankers on the evening of June 8, 1945.

Cobia spotted two large tanker vessels with just one small escort. Going in for the kill, she sunk the first one with two hits and the second with three hits. She fired on the ship's escort but recorded a miss. With that, she concluded her final kill of the war and headed back to Australia for refitting.

Leaving shortly after that, Cobia had a very interesting final patrol of the war. On July 18, she was tasked with landing a group of Indonesian spies on the island of Java. The mission went off without a hitch. Her official history does not list who they were or why they were there, but they probably went there to hasten the defeat of the Japanese garrison who locals were routing at that time.

Once this mission was complete, Cobia ended the war, performing lifeguard duties off the coast of Formosa, present-day Taiwan. She was not needed to rescue any pilots, and the war was soon over. After this, she began the long journey back to Groton, which from the beginning of her sixth war patrol to Connecticut, was a distance of over 20,000 miles.

After the war, Cobia continued to serve in the active-duty Navy until she was stricken from the register in 1970. Soon after, she was towed to her current home in Manitowoc, Wisconsin. Once here, she became a living memorial to the sacrifice submariners made during the war and has been designated a national historic landmark since 1986.

About the author Michael Taylor:
Michael Taylor is an active-duty Naval Officer, writer, historian, and lover of all things military history related. Though considering himself more of a generalist, he has a special affinity for the Civil War and both World Wars. He is happily married to his wonderful wife Pam.